This is part two of a blog set about writing culture. If you haven't read part one, which is on settings, I recommend checking it out first over here: Writing Cultures #1

You now have an awesome setting for your book and culture. So what's next?

Belief Systems are really one of the most important things when it comes to defining a culture. Religion and faith is what outlines a culture's morals, their celebrations, their principles, their architecture, mythos, etc; Even if it isn't a religion, strictly, every culture has an outlining set of morals that is seen as common sense and courtesy.

Which is why I'm bundling them all into the label of Belief Systems. Just for ease of clarity.

So for a fantasy world and culture, how on earth do we make a belief system that feels realistic, deep, interesting, and sensible?

Let's look at some different types of belief systems in fantasy series, and see what they do both the same, and differently.

Read more »
Posted by Nicole Kapteyn at 17:00 No comments:

THE SKY IS FALLING! - Writing Descriptions 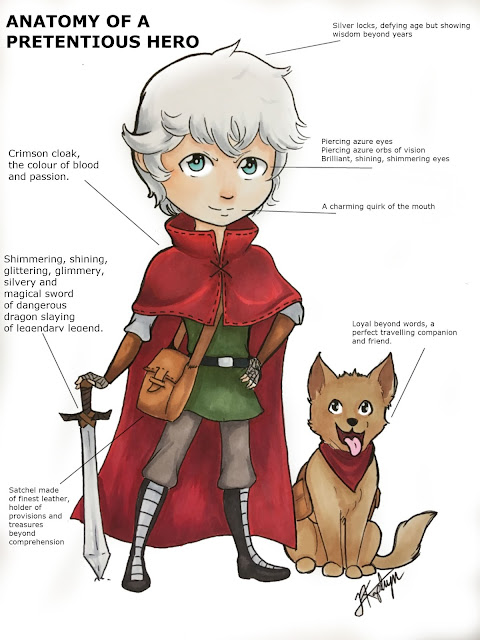 I was planning on doing part two of the cultural series as my next blog, but a certain event changed my mind.


I woke up the other morning to it raining. It was the drumming kind of rain, a heavy downpour that made a steady roar on the rooftop above me.
It was quite lovely, and expected.
Then something else happened. Something very unexpected.


It started to snow.

Let me repeat that. It was September 19th. It was snowing.


Yes, yes, I do live in Canada. Northern Alberta, no less. To people who don't know, I'm sure this comes as no surprise. Had this snow come near the end of the month, I wouldn't have been surprised.

But this was September 19th. It was barely out of Summer.

And yet, here I was, staring forlornly out of the window as freezing white flakes drifted down from the sky, making the fields and roof a horrifying white. For several hours the sky's dandruff continued, moving between tiny specks to massive clumps, painting a picture that fully revealed that yes, summer has ended and a Canadian winter is on its way.


Thankfully, the snowfall was light enough and it was still warm enough that the snow was completely gone within an hour or so after it stopped falling, so there's no need to panic.

Where am I going with this?

Two things: 1) Summer is over, and this is a sad event. 2) Let's talk about description. 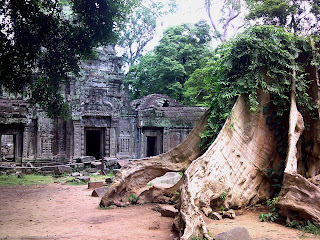 So, you want to write a Fantasy or Science Fiction book. You want to do something new, something exciting, something that sets your worldbuilding apart from everyone else's.

You need a unique culture for your unique world!

But, how to write it? If you haven't been able to experience a culture different from your own, how do you know what to do to make a culture that isn't like every other fantasy culture, feels realistic, and feels unique?

This is a problem I ran into when trying to add a unique culture to my fantasy series. I looked for advice, but nothing seemed to help. I could see the unique cultures in other series, and I understood how they worked and, to some degree, even how the author made their choices in creating the culture. However, when it came to writing my own culture...I was stuck. I had no idea where to start.

Recently I had the amazing opportunity to travel to Cambodia for two weeks. Two weeks isn't a particularly long time, but through those two weeks I learned what truly makes a culture, even though I only managed to scratch the surface of Cambodia. I learned more in those two weeks than I had in what felt like endless research into how to write cultures.

So, I wanted to share what I learned so help answer some of the questions that I had problems finding clarification and answers on.

There's a lot to go through, so it will be broken up into segments. I hope that it helps answer some questions.

Read more »
Posted by Nicole Kapteyn at 13:27 No comments: